I can’t quite believe the moment is nearly here! I’m super excited about the launch of my first solo venture into board games. I’ve worked on other designers’ and publishers’ games for the past decade, and I’m now really proud to get my own design out to the board gaming community!

I’m launching the Kickstarter on Tuesday 18th September 2018. There’s loads of info on the Hero Master: An Epic Game of Epic Fails page on the website. You can even create your own character! Most importantly though, make sure you get signed up to the mailing list as you’ll get a bonus card when you back the Kickstarter!

To give you an idea of the game, it turns the usual fantasy stereotypes on their head. You don’t play as the bold and brave “A-team” you are the worst of the worst. You don’t even make the “F-team”. Set in the land of Snoozehaven, you’ve decided to try and prove the other snooty adventurers that you’re as good as them by defeating a dragon that’s decide to build a nest nearby. Unfortunately the only heroes you can find who are as desperate as you are equally as inept. The end result is a bungling group of selfish buffoons, each on a quest to make sure that they are the one that gets enough of the Dragon’s hoard to buy their way into another (more capable) party.

Be ready for your rogue to pickpocket you, your wizard to consume you with a badly placed fireball, and the elf to constantly remind you that they are a higher race. 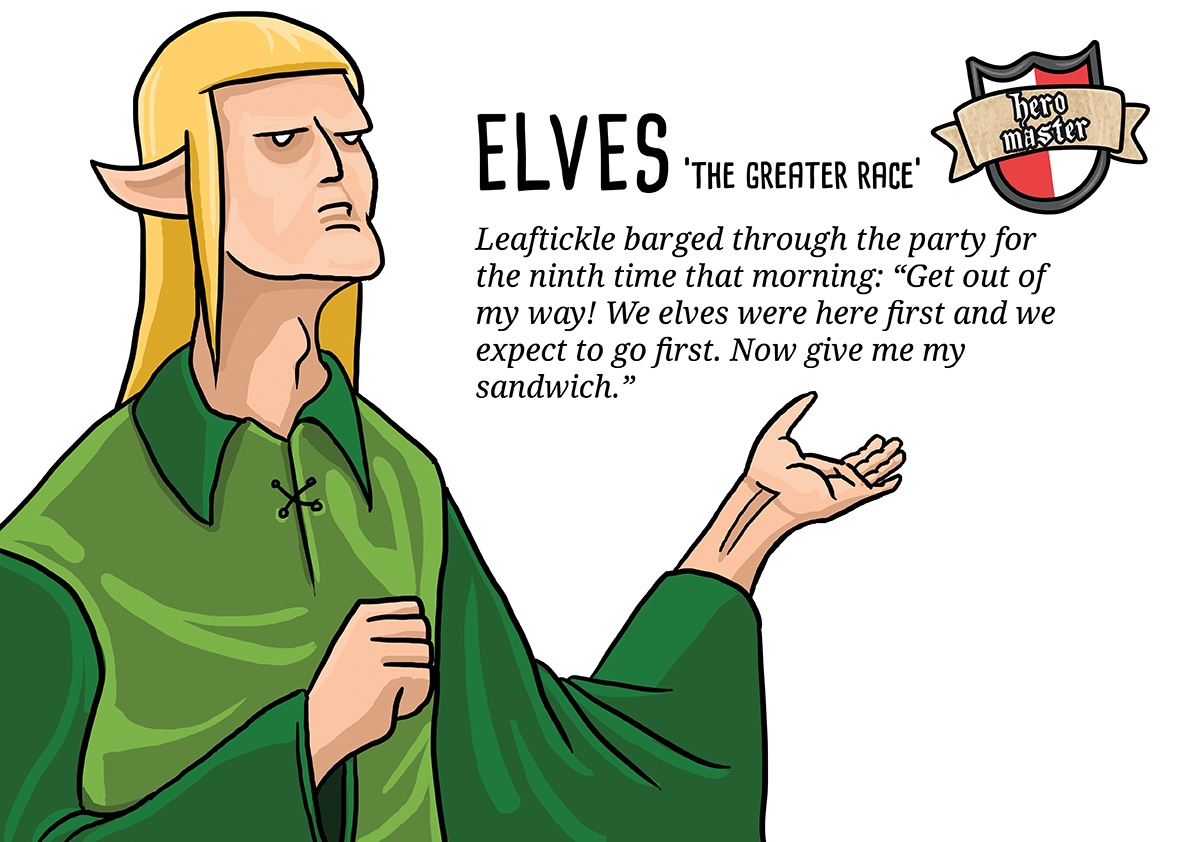 I’ve completely designed, illustrated and produced the game myself. I’m really pleased to have all the creative input, but now I need your support!

I’d love you to come and join me for the ride on Kickstarter. I really hope to show off all the hard work I’ve put in over the past three years. It’s already shaping up to feel super rewarding with the previews that have come back already!

You can find out more from some of the pre-Kickstarter media on the Board Game Geek Forum for Hero Master. There’s going to be a whole load of review material on the Kickstarter page when we go live too!

If you’re on Facebook we’ve got a great community there excited about the game. Come along and join.