Fantasy maps are one of my favourite things to produce. They nostalgically remind me of my childhood, I’d spend ours drawing them out, copying them from my favourite books or making my own. Then as I began to play adventure roleplay games like Dungeons and Dragons I’d draw my campaign lands for those. I’ve always been doing it for a little escapism. So when Charles F. Bond (Author) asked me to create some cartography for his fantasy series I jumped at the opportunity.

Variations on a classic

I’ve done some quite varied stuff over the years for different authors. For Rayner Tapia I painted what I now call the “Living Map” 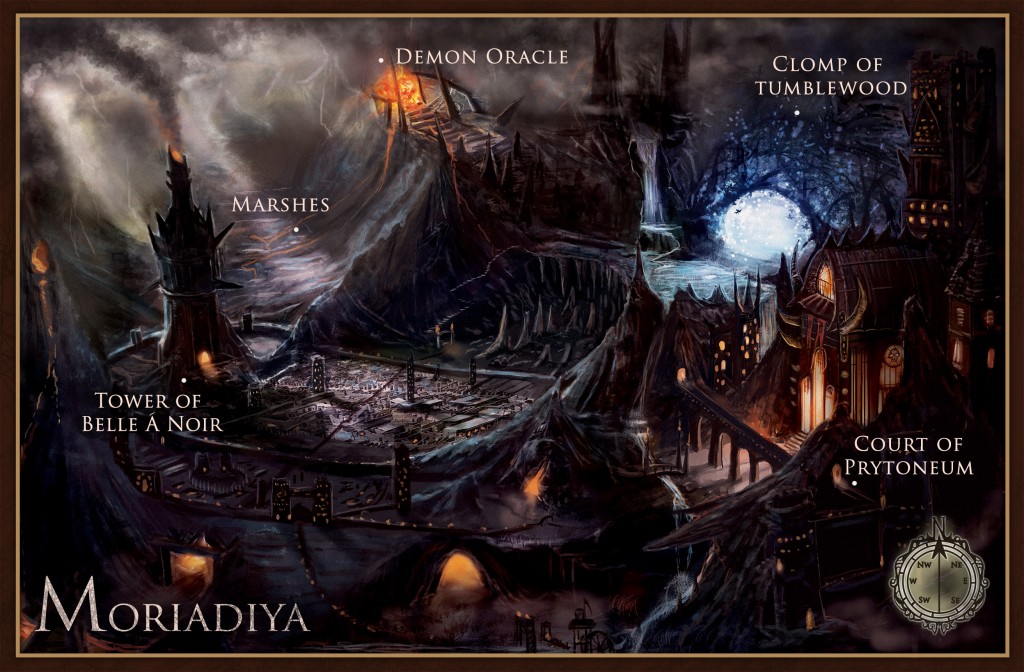 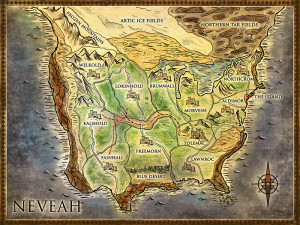 However, Charles has given me the opportunity to produce the quintessential fantasy map. The sepia tones, winding rivers classic terrain has made this a real joy to paint. I really had in mind the classic Tolkien esq maps I used to pore over as a kid when I painted this. Charles had some really cool ideas for features like the avian nature of the north coast, which has aptly been named “The Feathers”.