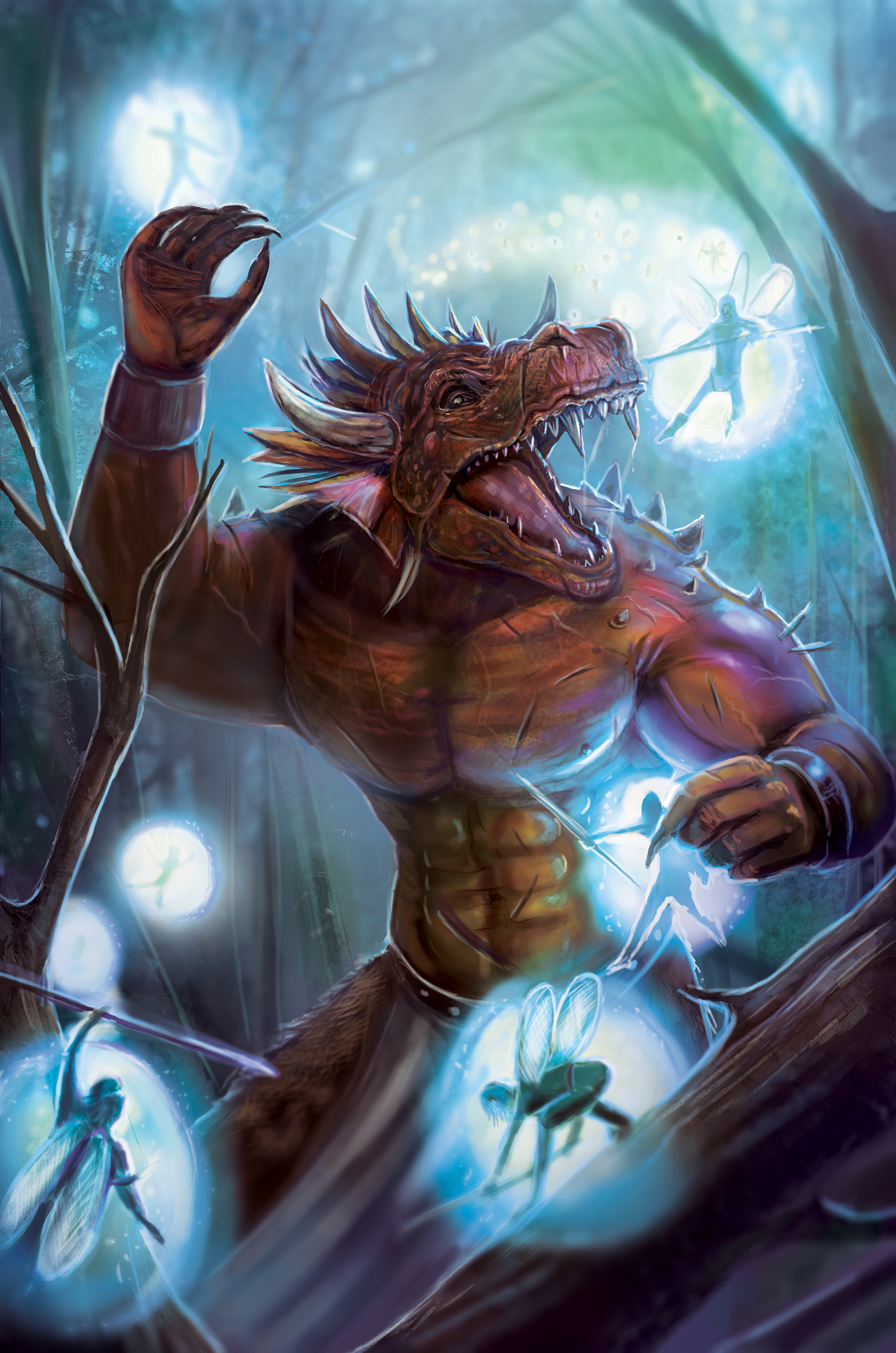 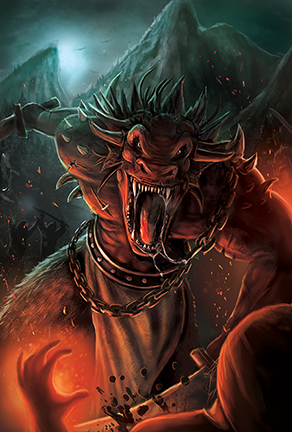 I’ve worked on a fantasy book cover for author  Anthony Wedgeworth a couple of times now. I love how creative and open minded Anthony is despite how established his setting is for the Altered Creatures series. Anthony’s work really reflects this strong talent for world building, and combined with his hard work promoting his series at events and online, his audience is growing every day.

I worked with Anthony on this first cover featuring Santorray (left), he’s got a real warrior attitude and a kick-ass nature. I get the feeling he might be considered a bit of an anti-hero at times as he’s such an aggressive character. I love this, I love characters that have more depth than the expected virtuous hero.

In the second fantasy cover I worked with Anthony on, we saw Santorray in another confrontation, this time with some woodland creatures who’d managed to get the jump on him… maybe they hadn’t heard about his reputation (above)!