I was commissioned by a private client to produce a piece of wall art for their office work space. The client had come up with his own alternative last supper with characters and personalities that meant something to him. 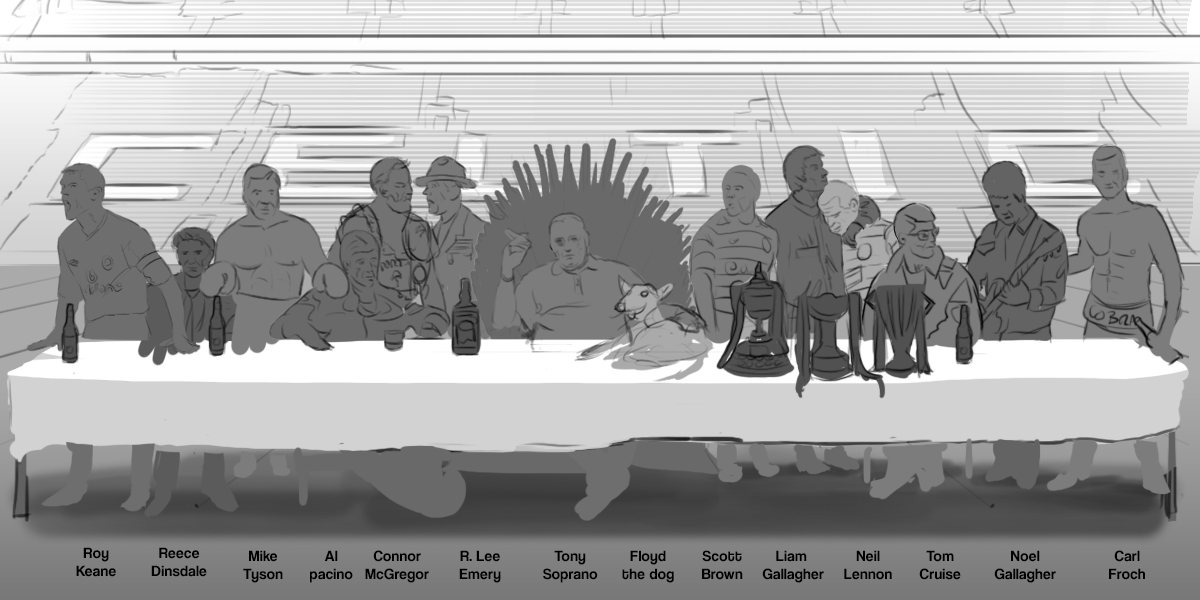 As an obvious Celtic Football Club fan, I included a number of Celtic players the Scottish football trophies and the whole thing was set in Celtic Park stadium.

I got a lot out of this project, as an opportunity to work on portraiture, and treated each individual as a separate piece of work. I worked from photos but adjusted them in ways that meant they interacted with the other people featured in the scene, including the client’s own dog! 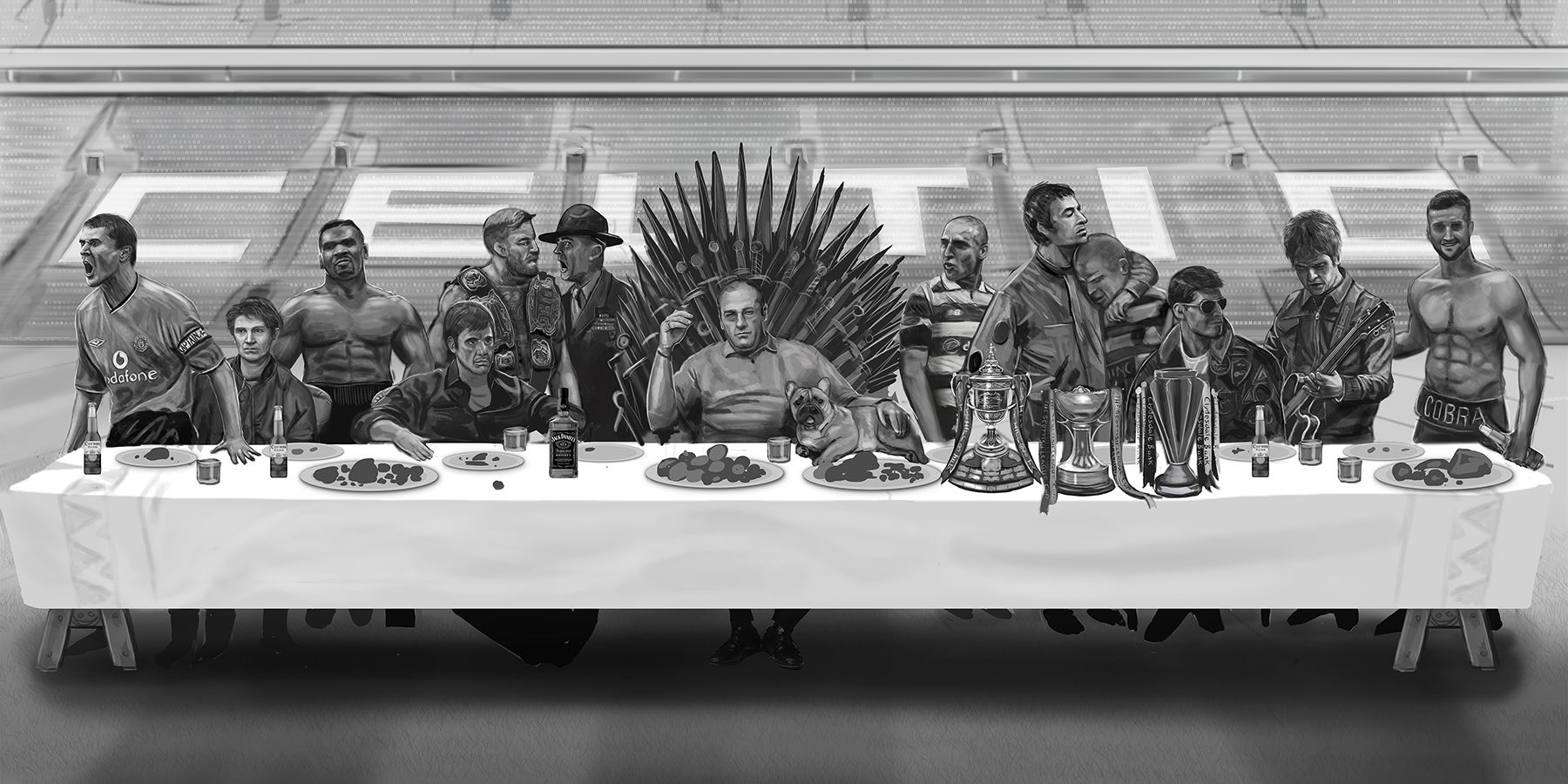 As I have been doing more often is working up to an almost complete point in grey then colour on a mixture of overlay, multiply and soft light layers. It meant I could show the client my vision for the piece clearly before finishing it entirely. I try to give clients good opportunities to voice feedback and request amendments if necessary. 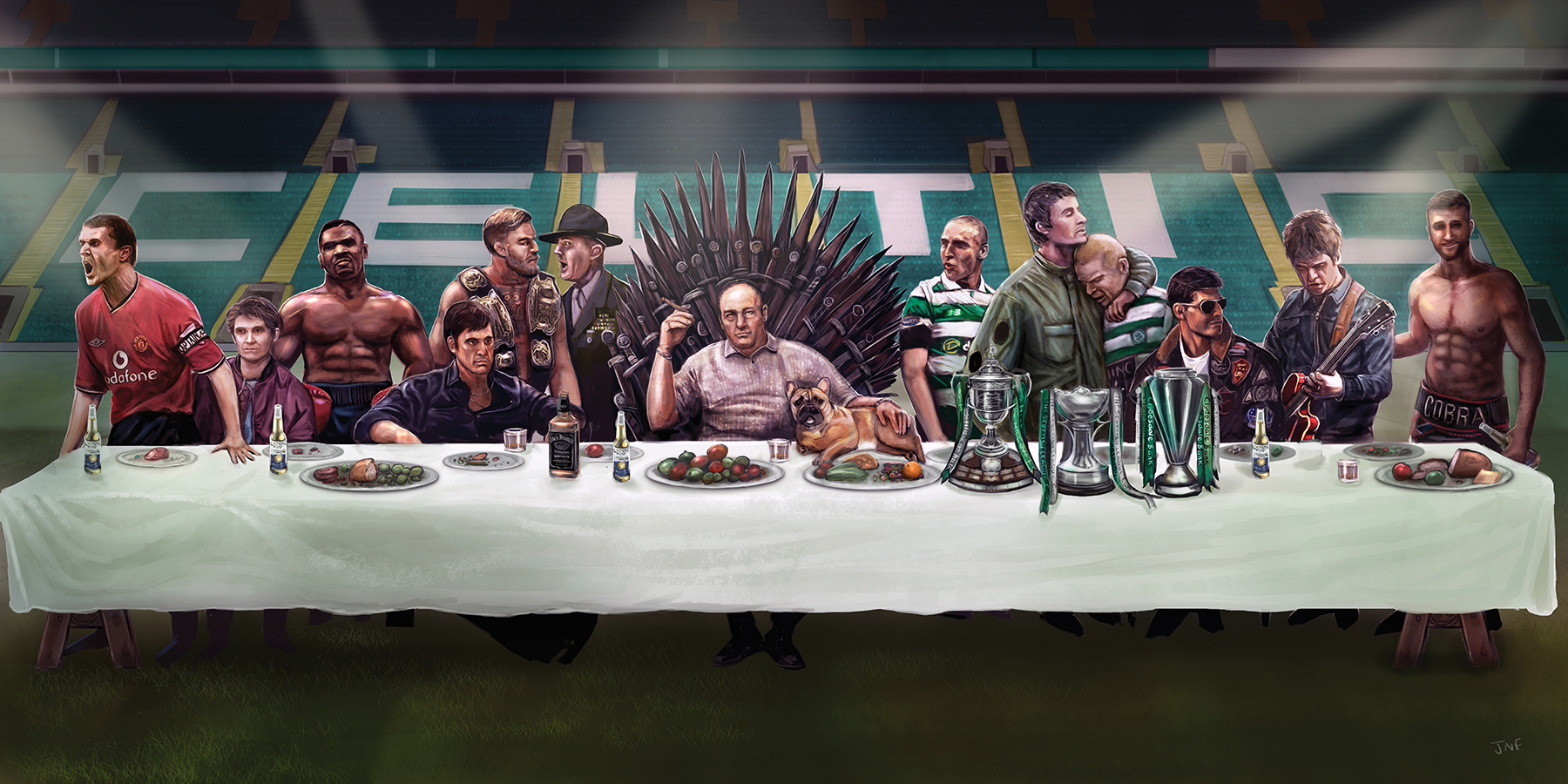 The client had asked for some floodlight/spotlights, which allowed me to cheat with the lighting a bit! It’s now just going to be printed, framed and placed on his wall. I can’t wait to get the photos.