Christmas is a time for sharing… and scaring! Illustrated by The Noble Artist, Jamie Noble Frier, Season’s Grim Things are the perfect way to send a festive fright to your nearest and dearest.

Inspired by Tim Burton’s Nightmare Before Christmas, Season’s Grim Things hopes to raise a smile or chuckle whenever they’re received but beware… each of the Christmas cards features creepy-cute artwork that leads your imagination down a dark winter path…

After the great success of our first series of Season’s Grim Things greetings cards back in 2015, I’ve been asked countless times to do a new series of cards. This year I’m pleased to announce series two of the range.

The ghuolishly gorgeous greetings cards are available from Geekings Cards.

I’m really pleased with the new series of four horror inspired Christmas cards. I’ve been meaning to make them for a long time, i can’t believe it’s been five years since season one!

The idea behind Season’s Grim Things is that the cards each have a “what happened here?” type of question in the story. That your imagine would make up the rest, and give you the creeps when you receive the card.

I love Christmas, but as with all of my greetings cards I like to offer a bit of a different take. Sure! There’s room for the classic old Santa landing on the roof, but it’s a real talking point when someone sends you a creepy Christmas card like out Season’s Grim Things series.

So if you know anyone who loves Christmas and horror, or who would love a Christmas Card inspired by The Nightmare Before Christmas, go grab yourself the new range!

You’ve seen our friend the Nutcracker at the top of the page, he’s one of four new designs. Here’s the rest! 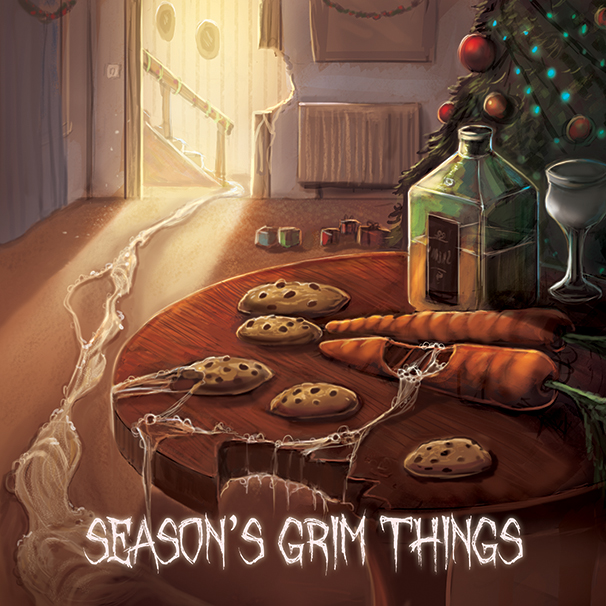 Or has he? Something’s certainly been through this terrifying Christmas scene… I’m sure there’s nothing to fear, Rudolf secretes slime and bites through tables right?! 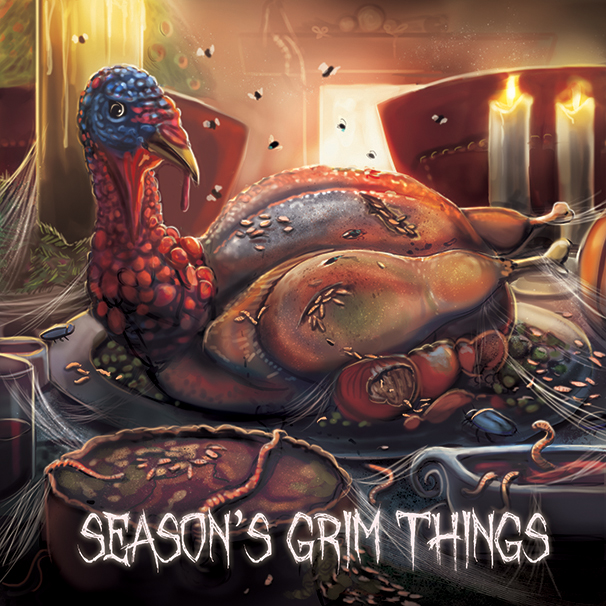 This turkey roast isn’t giving up just yet… sure it may have seen better days, but there’s still same tasty goodness there, just make sure you consult your doctor before getting stuck in.

Elf on the Shelf 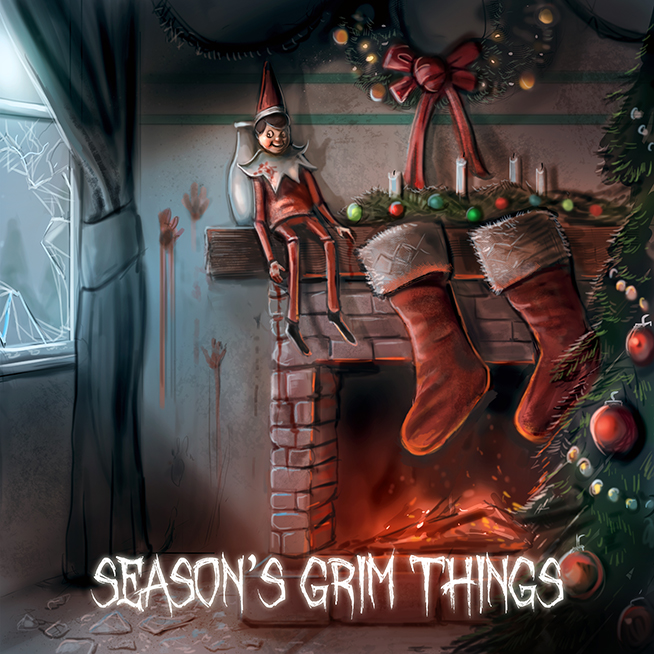 Possibly the most scary of out new range, but I put that down to the Elf on the Shelf being terrifying as a “thing”. How on earth did this elf get here, did someone break in and put him there? Or did… he?

Season One is still available! 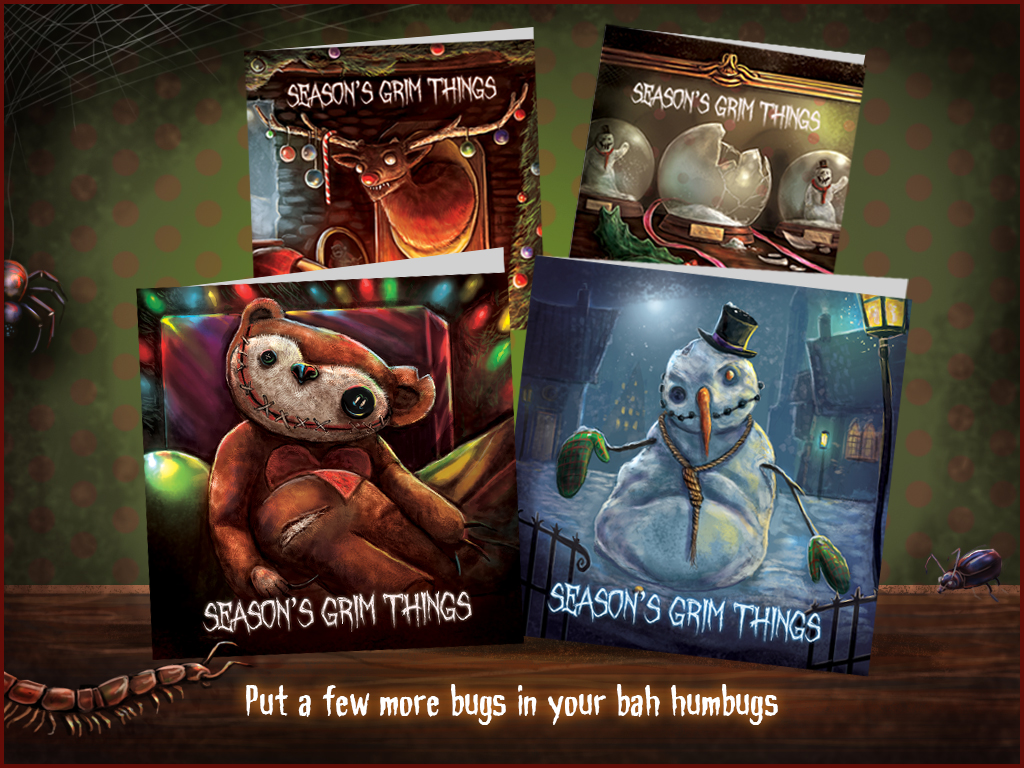 If you missed season one of Season’s Grim Things, or you just can’t get enough of them, they’re available along with our season two cards.

In Season One we have our Creepy Snowman, the Broken Snowglobe, Scary Teddy and Rabid Rudolf.