Designed, hilariously illustrated and captioned by Jamie Noble Frier, Hero Master: An Epic Game of Epic Fails is a humorous card game of dysfunctional dungeoneering. As one of Snoozehaven’s worst adventurers you’ll be squabbling over the right to be the Party Leader, avoiding the “take-that” of the bungling buffoons around you and trying to get enough gold to leave behind your failure-fraught-fellowship. You’ll have to manage both your hand and your expectations… you guys really are terrible.

Hero Master: An Epic Game of Epic Fails was the first game published by The Noble Artist, it attracted over 1000 pledges via the crowdfunding platform, Kickstarter, and several international distribution deals including board game industry leader Asmodee. Reviews of the game were incredibly positive, with an consistent suggestion that the game snuck much more juicy tactical complexity under the bonnet of an accessible, humorous visual style.

Where to get it

Hero Master is available from Etsy and all good retails stores in the UK, EU, Scandinavia and Canada supplied via Asmodee. In the USA, check out, The Gift of Games for your copy.

Hero Master: An Epic Game of Epic Fails will simultaneously release an expansion along with the launch of the original game. In the ‘Snoozehaven Treasure Chest‘ you’ll have access to more monsters, locations and treasure and loads more playable characters (including some monstrous races that you’re probably more used to fighting against!). 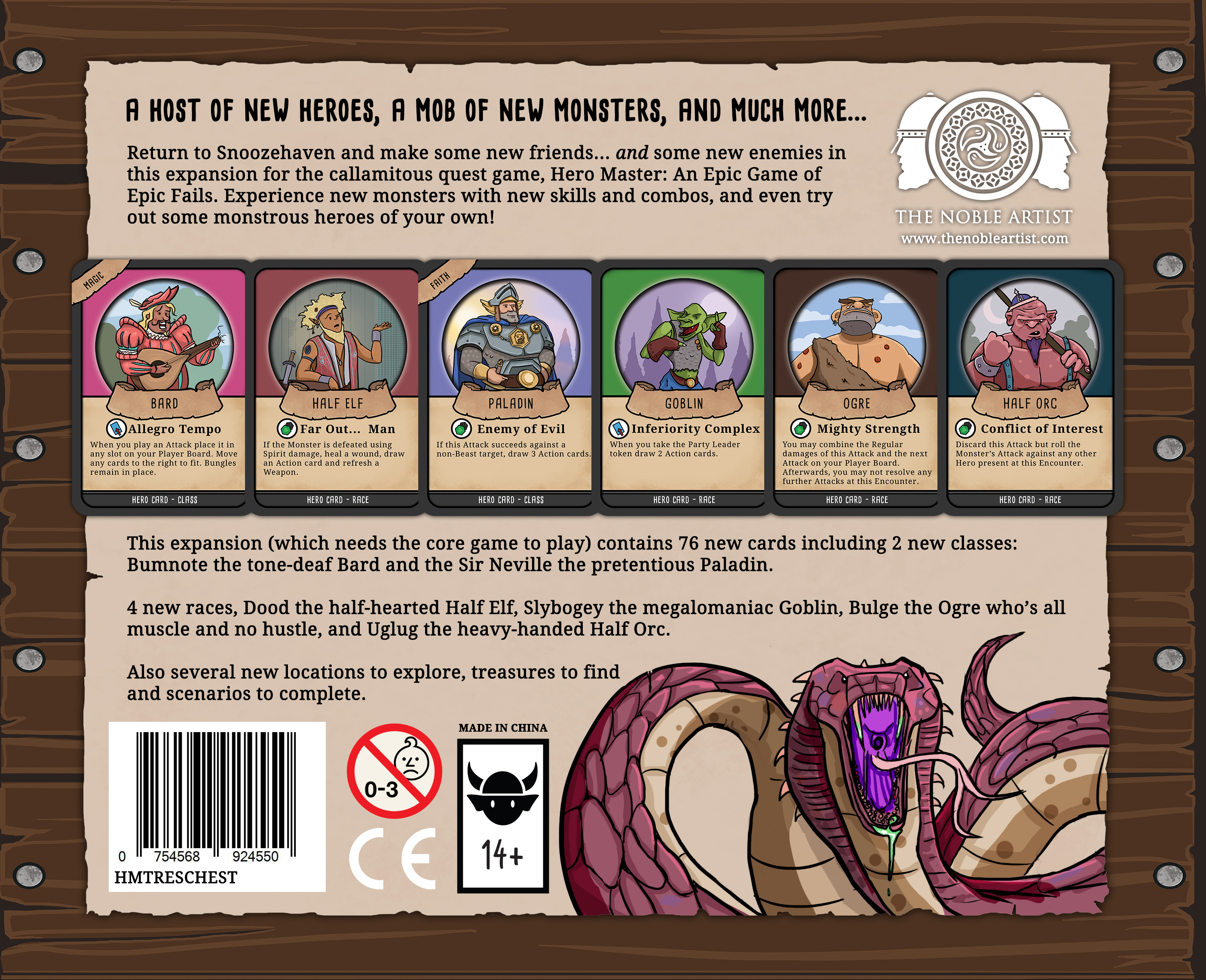